North-American imperialism is proud of the D-Day that put an end to World War II. Today we have in Egypt another D-Day. It is “The Day of Departure”. The day demonstrators want President Mubarak to leave the country. This time the D-Day is not in the French cold sea, but on the calm waters of The Nile River.

A sacred day in Muslim calendar, Friday is a traditional Day to protest after the prayers around noon. That´s because a important part of Muslim Identity is Ummah, the feeling of union among Muslim Community. If Muslims feel their community is being threatened their favorite day to stand against it is always Friday.

This Friday the union feeling wasn´t only Muslim, but Christian. We can see many images of Christians defending Muslims during their Salat, the prayers. But it didn´t become so famous what they were saying during protests: “Muslim, Christian, together one hand!” showing better the union feeling, they are willing to resist united.

On the “Day of Departure” there´s only one hand, but at least 2 million arms in Tahrir Square, organizers counted 3 million people, a real possibility when we consider the intense movement during the day. People of all sizes and shapes took parts of it: some wearing worn-out turbans, others wearing hats, some with construction-workers helmets, and others with very clean taqiyahs, like a Muslim Kippah; some with long beards and some shaved; some wearing sweaters, coats, or abayads, a kind of man´s robe; wearing hijabs, the veil, nigabs, wool and silk stripes, and hairs like Amy. All thins kinds with only one goal, to change the history of Egypt and the Arabian world. Maybe the whole world. That´s what you could read behind those frightened eyes asking me for my nationality, just after I answered the obvious reference to Ronaldo, the soccer player.

Moaz is a young metal-rock fan responsible for welcoming the foreigners in the barricades. I shook strongly his bandaged hand forgetting I was among people hurt from many days of resistance. He explained me the security organization in Tahrir Square. I understand their need to ask for ID and inspect people when we go deeper inside the square, something they had to learn after camel-riders charged against demonstrators last Wednesday – the scenes of Mubarak´s violence that shocked the world. I ask Moaz, the Led Zepellin fan, if the lessons they took from this all will continue after Mubarak, he tells me “the organization will continue, the government has to be controlled by the people”. A few hours after I got in, about 200 Mubarak supporters tried to approach and throw stones on the demonstrators, a committee headed by Moaz pushed them back 3 blocks and divided themselves in many barricades to keep the aggressors away.

On the entrance controlled by Moaz´s guys there was a tank, with four soldiers smoking calmly. The tank was there to guard the entrance from militia attacks, but it was more like the democratic activists were guarding the tank. Later I saw a circle of middle age man teaching political-life lessons to soldiers, who couldn´t avoid showing to be very interested. Curious, I asked Abdul Rahman – an former Egyptian Air employee and activist trained in Latin American Language – why should the military want Mubarak down: “when he is down everybody will be happy. All the families, even the military families, they all have a couple unemployed guys.” And continues in Spanish about how should the new government be “No más militares”(No Army anymore). Mohammed, an 30 year old unemployed engineer, has a similar conclusion: “The military won´t help the people, but they want the people to put Mubarak down”. A Mubarak puppet hanging from a high pole in the square shows that people don´t want him down, but up, and hanged.

The Army is key on the whole situation, as long as the demonstrations are strong enough Mubarak´s Police and hooligans under control. With this crisis The Army leaders know they can´t just follow an unwanted president. If they the turn the protests into a sea of blood, they will stain forever the image of the institution defending a dictator almost down. Although the past of the Army in Nasser times, includes violent repression against communists. Besides that the Army leaders know they can´t send their soldiers against the people that welcomed and thanked the military help against a corrupt and violent police.

After all, the young soldiers know well what people want: “Erhal”, Arabic for “Out”. Whatever people are doing in the square organization(security, supplies, medical treatment), when they hear “Erhal”, they all raise their arms and yell as loud as they can, not to forget why they won´t leave the Tahrir Square.

They are there, on the D-Day, to say goodbye to murderer dictator and welcome the revolutionary spirit.

Luiz Gustavo is Brazilian historian studying Palestine and Arabian struggle. He lived in Lebanon and other countries on Middle East. He´s a militant at IWL-FI and Brazilian PSTU. He has been in Egypt since February 2nd as special correspondent for the Brazilian newspaper Socialist Opinion. He´s going to send daily letters and calls reporting the real situation in Egypt. 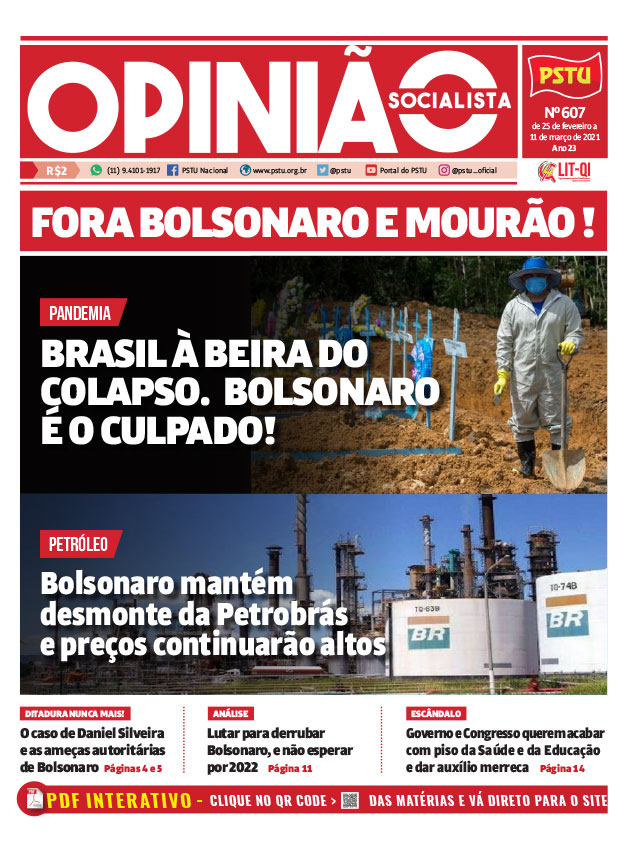